If someone now asks you the question if you know of a good hotel in the Royal Docks area of East London you will be able to say that there is the Good Hotel.

Formerly a floating detention centre that was then converted in to a hotel it has now made it’s way from Amsterdam and will shortly be moored in it’s new operating location in the Royal Victoria Dock near the Emirates Air Line cable-car.

In what was a massive logistical exercise that involved a semi-submersible barge and five tugs from four different companies the barge, with the hotel sitting on top, safely made it’s way across the North Sea and up the river Thames, arriving at midnight in the pouring rain.

After an overnight stay moored at Woolwich it was then the tricky task of maneuvering the 12000 tonne barge in to the KGV Lock – with only centimeters to spare. This involved the S Walsh tugs SWS Breda and SWS Suffolk assisted by Thamescraft‘s Devout and for the river portion Kotug Smit‘s ZP Bear. 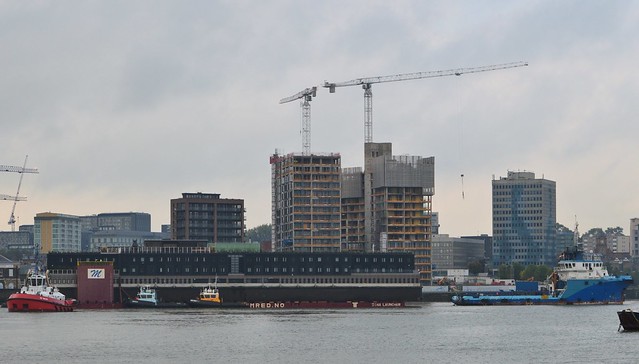 Some skillful work by the PLA Pilot and the tug crews with the assistance of the dockside team helped get the barge in to the mouth of the lock. 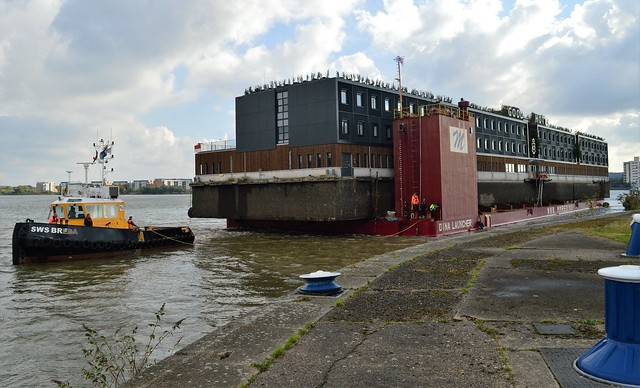 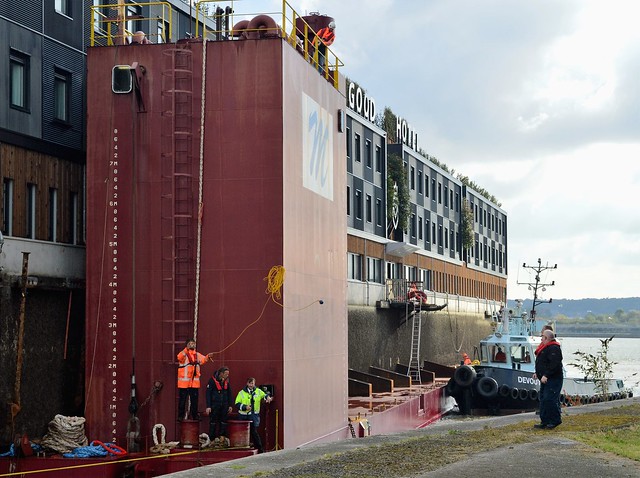 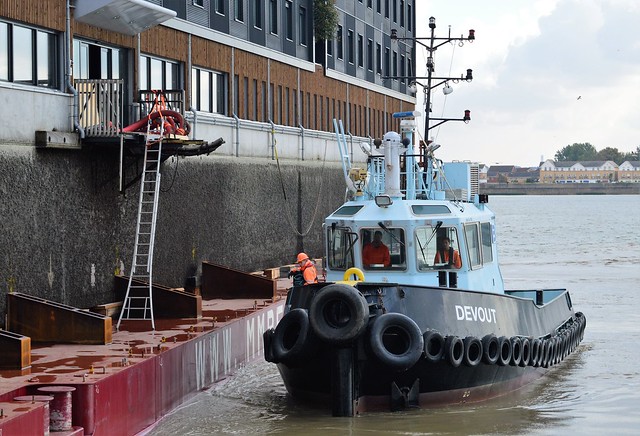 Then it was the case of gently easing the barge in to the main lock – with hardly any room to spare! 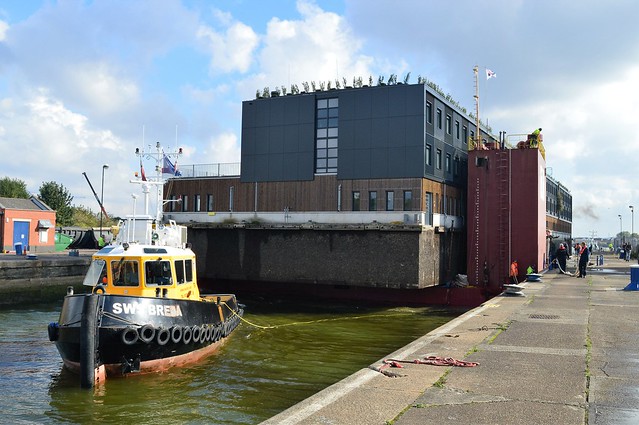 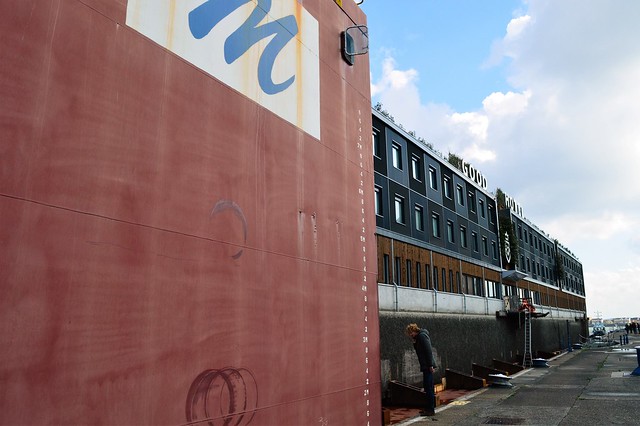 The following video shows one of the tugs working hard to bring the barge in to the lock.

The Good Hotel will certainly be a noticeable addition to the Royal Docks landscape when in position and becomes the second floating hotel in the docks after the Sunborn London. 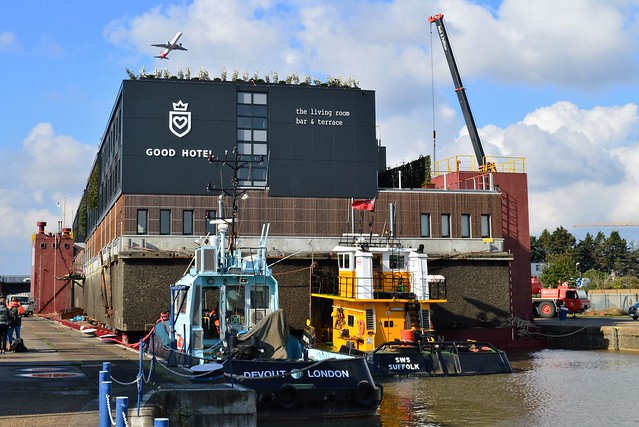 After some work to start removing the supporting struts the barge containing the hotel was moved in the the KGV Dock where further preparatory work will be done before the hotel is floated off the barge and then moved to it’s final mooring location. 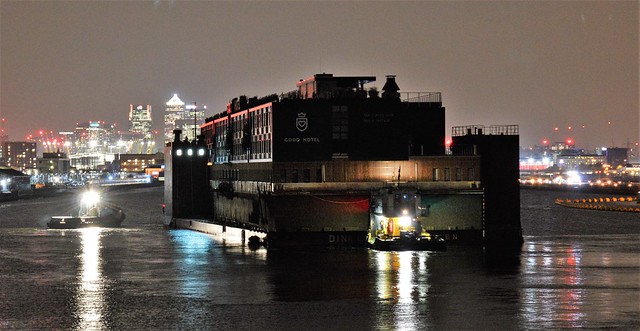 After having been moved in to the KGV Dock work has started to flood the barge so that the hotel can be floated free along with other checks to ensure that the hotel and the pontoon it sits on didn’t sustain any damage during the North Sea crossing. 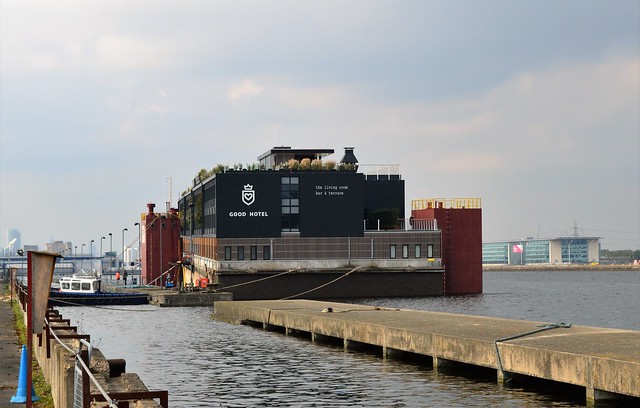 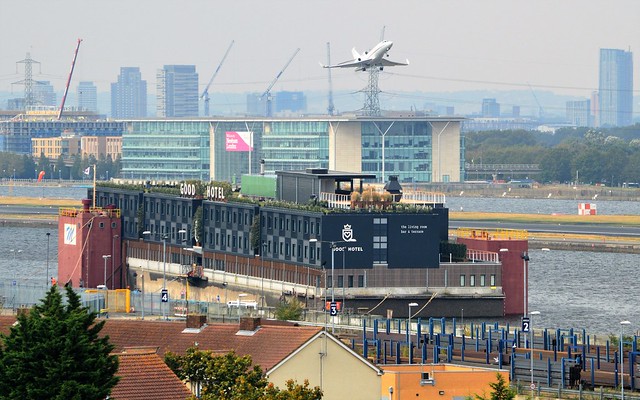 Further fitting out works will be done once she is free floating prior to being moved to her eventual mooring position in Royal Victoria Dock.

More pictures can be seen here.

5 thoughts on “A Good Hotel in the Royal Docks”

This site uses Akismet to reduce spam. Learn how your comment data is processed.